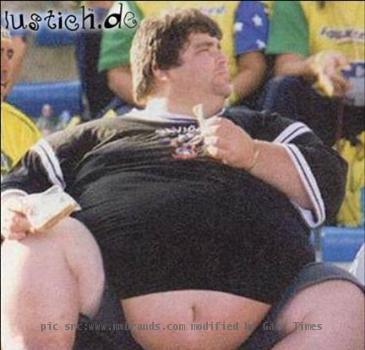 WASHINGTON - New research by psychologists at The University of Texas at Austin suggests that because of impairments in their insulin sensitivity, obese individuals demonstrate different brain responses than their normal-weight peers while completing a challenging cognitive task.

The results provide further evidence that a healthy lifestyle at midlife could lead to a higher quality of life later on, especially as new drugs and treatments allow people to live longer.

“The good thing about insulin sensitivity is that it’s very modifiable through diet and exercise,” says psychology graduate student Mitzi Gonzales, who co-authored the paper published in the journal Obesity with Assistant Professor Andreana Haley and other colleagues.

To better understand why midlife obesity is linked to higher risk of cognitive decline and dementia in old age, the researchers had middle-aged adults between 40 and 60 years of age complete a challenging cognitive task while undergoing functional magnetic resonance imaging (fMRI).

Obese participants also had lower insulin sensitivity than their normal weight and overweight peers, meaning that their bodies break down glucose less efficiently. Poor insulin sensitivity may ultimately lead to diabetes mellitus if the pancreas is unable to secrete enough insulin to compensate for reduced glucose use.

The study exemplifies the aim of Haley’s lab, which is to use neuroimaging in middle-aged individuals to provide early identification of risk for cognitive decline later in life.

“Generally, very few people study the middle-aged segment of the population, but that’s when many chronic diseases are first identified and neurodegenerative processes are triggered,” says Haley. “We found that while behavioral performance of obese middle-aged individuals may be the same - they can complete the same cognitive tasks as normal weight individuals - their brain is already doing something different to produce that outcome.” (ANI)