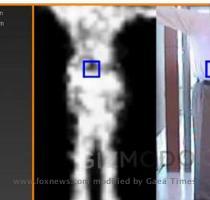 SAN FRANCISCO, (GaeaTimes.com)- Science and technology is reaching a new peak every day. However, there is still a doubt regarding how far it is actually catering to the people and the society. Take the example of the latest X-Ray machines that have been installed in the airports and many other government organizations all over the nation. These machines have have been designed in a way, that the body scanner images give a vivid impression about the person’s private body parts, that is leading to a serious invade in their privacy.

These body scanner images does nothing better than capturing the nude pictures of the passengers. Therefore many passengers in the airports, who does not want to put their privacy at stake, has to resort to another option, which includes, head to toe check up in the hands of the security personnel. In either ways, both the options are not fully satisfactory. To make the matter worse, a technology oriented website, name Gizmodo, recently released some of these pictures in the internet, which they reportedly took from the Florida courthouse. According to the rules and regulations of the organizations, who use this machines, these body scanner images are supposed to be deleted right after the security check gets over. Therefore, the website has committed a serious crime by uploading them on net.

However, the editors of Gizmodo have claimed that they resorted to right of information while uploading the body scanner images and said that they have not uploaded those pictures that were identifiable. However, that still does not justify their act, and the people are getting more worried about the hazards of modern technology.