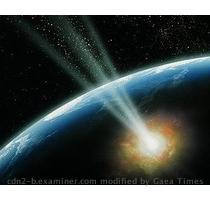 WASHINGTON DC (GaeaTimes.com)- Ever since space studies became the most challenging part of human research, the maximum focus has probably been levied on the search of extra terrestrial life outside the planet. There has been a lot of studies regarding the existence of aliens and other forms of life outside the earth. This prolonged study has finally yielded a result as NASA has reportedly found life is the space.

On Thursday, they will be organizing a press conference at 2 PM EST to discuss their astrobiological finding. The organization is under the impression that there are evidences of life on one of the moons of Saturn. These lives are mainly in form of certain evolutionary biological beings and aquatic bacteria. The participants of the press conferences are Mary Voytek, the director of Astrobiology Program; Felisa Wolfe-Simon, fellow of NASA astrobiology research; Pamela Conrad, astrobiologist of NASA’s Goddard Space Flight Center. She is also the author of a paper on geology and life on Mars. Steven Benner, researcher at Foundation for Applied Molecular Evolution. He is also one of the “Titan Team” members at the Jet Propulsion Laboratory and James Elser, professor at Arizona State University and a part of a NASA funded program that deals with the chemistry of environments where life evolves.

So far the authorities of NASA have not yet revealed any other details regarding the press conference or even their recent discovery. However, they have said that this study will have a positive impact on search for extraterrestrial life. Astrobiology is the study that deals with the existence of life in the universe. This field includes the study of the origin, evolution, distribution and future of life in the universe.

BOGOTA - At least 17 people were killed and 35 injured when a bus fell into a ravine in southern Col...

LONDON - Scientists have designed a Mars hopper that could explore the surface of the red planet by ...

Post-Obama, India may get best of US technologies

WASHINGTON - For some time now, astronomers have believed that ancient elliptical galaxies do not...

WASHINGTON - In an attempt to answer astrobiology's fundamental questions about the origin, evolutio...

WASHINGTON - Images captured by NASA's spacecraft after the recent encounter with Comet Hartley 2 re...

Send 60-year-old astronauts on a one-way trip to Mars: Scientists

LONDON - Colonization of Mars would be faster and cheaper if astronauts behaved like the first settl...
Copyright© 2010 The Gaea Times