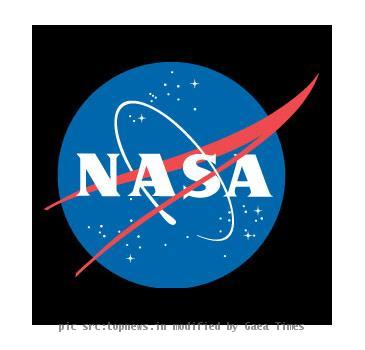 SAN FRANCISCO (GaeaTimes.com)- For all those who have been thinking so far, that Solar System is the only terrestrial body, where one can find similar planets like earth and Mars, would now be proved wrong. The Kepler Mission of NASA, has recently discovered the very first Earth-size planet candidates, and that too in the habitable zone. A habitable zone is an area, where one can see tresses of water on the surface of the planet. Therefore, one can conclude that NASA has discovered a new Solar System.

This new Solar System, discovered by NASA, has Kepler-11 in the center, playing the role of our Sun. It garners six earth like planets around. Kepler-11 is 2,000 light years away, but has many featured similar to that of our Solar system. Most of these planets are bigger than the Earth, ranging from 2.3 to 13.5 times the mass of Earth. The first orbit that encircles Kepler-11, is smaller than that of Mercury, which makes its first planet complete a year in only 50 days. Similarly, the outermost planet completes its one year in only 118 days. The mass of this outer planet is yet to be determined. However, scientists are under the impression, that it should be like a “gas giant”, that is found in outer most planets of our Solar System. The Kepler-11 and its orbits rotate on a very narrow and thin plane.

From this discovered Solar System by NASA, the scientists have concluded that the inner two planets in the new Solar System have contents of water, methane or ammonia, or a combination of three. These two planets are denser and have tresses of Hydrogen and Helium too. This new discovery throws new light on the wide variety of terrestrial bodies similar to Solar System , that may exist in the Universe.

BOGOTA - At least 17 people were killed and 35 injured when a bus fell into a ravine in southern Col...

LONDON - Scientists have designed a Mars hopper that could explore the surface of the red planet by ...

Post-Obama, India may get best of US technologies

WASHINGTON - For some time now, astronomers have believed that ancient elliptical galaxies do not...

WASHINGTON - In an attempt to answer astrobiology's fundamental questions about the origin, evolutio...

WASHINGTON - Images captured by NASA's spacecraft after the recent encounter with Comet Hartley 2 re...

Send 60-year-old astronauts on a one-way trip to Mars: Scientists

LONDON - Colonization of Mars would be faster and cheaper if astronauts behaved like the first settl...
Copyright© 2011 The Gaea Times